A DREAM HOUSE, OR A NIGHTMARE? 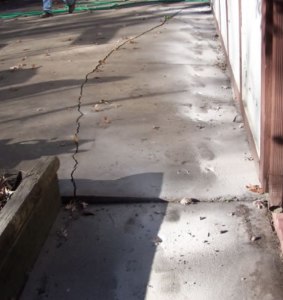 In July of 2003, I was contacted by a potential Client about performing a home inspection for him. One of the subjects was that he would still have to be satisfied with the home upon the completion of a professional home inspection. After spending a few minutes on the phone, my Client chose to engage my services.

I always recommend that my Clients join me throughout the whole process of inspecting the house. I feel that it is well worth a buyer’s time to spend 3 hours or more with me while I go around the whole house – even if it means taking time off work. That way, a Client can see all the conditions with his own eyes, and have plenty of time to ask all the questions he wants. The time to find out about any concerns is BEFORE one buys the house, and not after one moves in. It’s kind of too late then.

I met my Client in front of the house at the agreed time. He informed me that since he was an engineer, and had thought about doing the inspection himself and not hiring a professional Home Inspector. But engineers are all specialized, such as Civic, Structural, Mechanical, Electrical, etc. and he preferred to trust a qualified Home Inspector. It’s a good thing he did.

The 31-year-old home itself was in good condition. It had a near-new roof. There were 200 amps of power coming to the home, instead of the normal 100 amps. The plumbing and heating were adequate. When I entered the crawl space, there were no major cracks in the foundation or previous water entry. The owners had just spent thousands upgrading the interiors. Overall it looked like a solid, square, well-built house to most people. HOWEVER, the home was located on a bank located at the rear of the property. And the patio slab at the rear had settled abnormally.

The Standards of Practice of the Canadian Association of Home Inspectors (CAHPI) state, among other things, that an inspector must declare all items of the Standards which were not inspected, and a reason why. For some reason, I wasn’t comfortable with the looks of the patio. And I could not give a qualified opinion on the bank. Therefore, I recommended that my Client engage the services of a professional to fully evaluate the rear of the property.

He took my advice, and hired a Soils Engineer. The Engineer produced a report which stated that the soil was sandy, and recommended that a retention system should be installed to prevent the house foundation from moving. The approximate cost for this would be $110,000.00. If this was not done, he could not guarantee the future performance of both the house foundation and structure.

For that reason, my Client chose not to purchase the property. He was likely concerned about what might happen to the house (with his family in it) the next time there was a heavy downpour of rain. The house went back for sale on the market again.

COULD YOU BE THE PERSON WHO BOUGHT THAT HOUSE?????

Would you assume that the house looks great, and it doesn’t NEED an inspection?

Or, would you hire the cheaper inspector to save $25.00 – who would say everything is fine, so far? Might those not be some of the biggest mistakes which could affect both you and your family in your whole lifetime?

WHY GET A HOME INSPECTION? 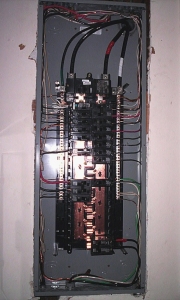 I opened an electrical panel once and found that the conductors connected to four separate breakers were melted. The insulation was burnt right off. What caused that? How much will it cost to repair? The Standards of Practice of the Canadian Association of Home and Property Inspectors (CAHPI – BC) state that we must recommend further evaluation on any conditions which we cannot fully evaluate in the course of a professional home inspection.

This is similar to the medical practice. If you go to a doctor for a checkup and he finds something wrong with your heart, what does he do? He sends you to a cardiologist for further tests and evaluation, to determine the corrective options. In the case of that electrical panel, I had to do the same thing. The solution may cost as little as $100.00 to replace four breakers. However it could cost as much as $20,000.00 to re-wire the whole house. This is something you definitely would want to know BEFORE purchasing a house. You would not know about this problem without a home inspection.

Another potential electrical hazard besides a fire is the potential to get a shock. In fact this deficiency could even lead to a fatality if the conditions are serious enough. I once found a home where someone (likely a home owner) wanted to install a garburator on the sink. The conductor going to it was non-metallic sheathed cable (NMS). Current standards require the wire to be protected from possible physical damage. This means that armoured cable (Bx) should have been used. If a child innocently uses a pair of scissors to try to cut that wire, there could be a severe shock could occur.

The installer of this garburator then ran the wiring on the outside of the house all the way to the electrical panel. This wiring was also exposed. The proper service for exterior use is either rubber-sheathed armoured cable (Tech cable) or wire placed inside conduit. When the installer reached the electrical panel, he found that it was full. There were no more breaker slots remaining which he could use for the wire. So the installer inserted (tapped) the wire into the MAIN DISCONNECT breaker.

In this case, as is usual, there was a 100 ampere breaker in the house. That means there were 100 amps of power going to a fixture which was attached to the kitchen sink! Most people know that water and electricity are a bad combination. Any kind of short circuit would have energized the sink and faucets with 100 amps of power. I did not even touch the sink or fixtures in my inspection. I notified the seller of this potentially fatal situation for his safety. He did not even know about it. He had purchased the house nine months previously, without having a home inspection performed. He stated in the Disclosure Statement that, to his knowledge, there was nothing wrong with the electrical system.

Of course, he had all the wiring corrected immediately for his own safety. So this major problem was not present when the purchasers moved in. As in buying a car (e.g. transmission), the most important items are not readily seen.   An inspection of the electrical system in a house can prevent a serious injury or even death.

AN INSPECTION ON YOUR OWN HOUSE? 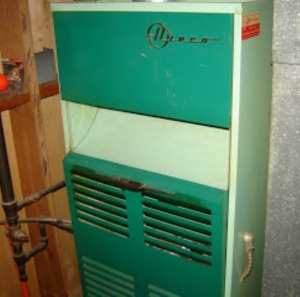 A seller is legally obliged to complete a “Disclosure Statement” when listing a house for sale. He must reveal any significant deficiencies of which he is already aware at that time. Many purchasers put a lot of credulity into this Statement, when regarding the house and property. However, this cannot be necessarily trusted. The seller may not even be aware of a significant problem in the house. Here are a couple of examples:

I inspected a house with a 16 year old furnace. It looked fairly clean and responded to all normal operating controls upon start-up. It looked like it was running properly, with heated air going to all of the rooms in the house. One inspection procedure which I perform, if possible, is to remove the burner cover for the combustion chamber. I can then insert a mirror inside the furnace and bounce my flashlight off it to look at the heat exchanger. In this particular furnace I discovered two large cracks approximately five inches long in separate areas if the exchanger. This can allow the exhaust flue gases to become mixed with the house supply air, which is then distributed throughout all the rooms. Upon further evaluation by a heating specialist, it was determined that it was necessary to have the furnace be immediately replaced. This was required to correct the safety of the current occupants of the house.

In another case I was checking the operation of a water heater. The tank was in newer condition and there was a draft diverter at the top. This is supposed to aid the exhaust gases up the flue to exit the house. When holding a lighter to the bottom of the flue, if the flame is drawn in towards the diverter it indicates proper upward drafting of the exhaust gases. In this case, the air at the top of the water tank blew my lighter out. In fact, the backdrafting even blew out my lighter flame when it was held 12 inches away from the diverter. There were hardly any, or no, exhaust gases leaving the interior of the house. Upon further investigation, I found that someone had cut a hole in the return air plenum for the furnace. This hole was sucking the air out of the furnace room where the water tank was, causing the water tank to backdraft its exhaust gases into the house.

One of the by-products of natural gas combustion can be CARBON MONOXIDE. In both these examples there were conditions which could have been fatal under certain circumstances. The owners of both houses had no idea of the danger they were in. In the second house, the owners had just recently paid to have the furnace serviced. It was that serviceman who cut the hole in the return air ducting, creating a major problem which had not ever been previously present. It is for this reason that one should hire only a Gasfitter who is “Class A” certified to do any similar work on gas-fired appliances. I will be giving more information about Carbon Monoxide in the next edition of this brochure.

One lesson here is that it is unwise to rely solely upon a “Disclosure Statement”. Neither owner knew anything of these problems. They stated that to the best of their knowledge, there was nothing wrong with these systems. And neither of them was lying about any conditions in the house. Could you be the person who bought one of those houses? If that had been the case, you could have been making one of the biggest mistakes which could affect both you and your family in your whole lifetime?

The solution to avoiding major possible disasters like this is to hire a qualified, professional Home Inspector. I am hired several times a year by people who plan to sell their house. I perform a “Pre-Listing Inspection” which is identical to a Pre-Purchase inspection. That way, the owners have a chance to address or correct any significant problems in advance. This may help any offer to purchase from potential buyers to proceed more smoothly without unforeseen major problems.

In fact, the above information indicates that it would be very prudent to hire an inspector EVEN IF YOU OWN YOUR OWN HOUSE and have been living in it for years. It is very rare that I inspect a home and find no conditions which MUST BE CORRECTED.   I am quite certain that I would find conditions in your own house which would also require correction. This is because those items could be significantly deficient, unsafe, or not functioning properly. If you would like to take the ultimate precautions toward safety in your own home, it would be wise to contact me at any time at the phone number listed below. 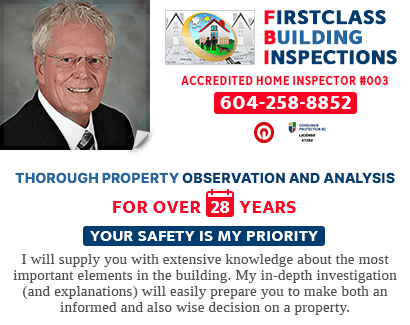